LINGUO-CULTURAL IMAGE OF ‘WAR’ IN ENGLISH AND BELARUSIAN

Summary. The linguistic corpuses are considered as the main source of materials for various linguistic researches. These materials enable to make objective statements while studying the lexical unit “war”, its complex semantic structure, including both linguistic and cultural aspects in English and Belarusian.

The phenomenon of war is of great importance for both British and Belarusian nations. However, we are often unclear what we refer to when we talk about ‘war’ with people of different cultures, religions and political views.

This fact makes it necessary to clarify the notion of the lexical unit ‘war’ in English and Belarusian from both linguistic and extra linguistic angles, paying extra attention to the influence of national history and worldview on its semantic structure in both languages.

The collection of materials, provided by the British National Corpus and Belarusian N-korpus, was used in order to form the data array and carry out the research project.

The British National Corpus is a collection of samples of written and spoken language from a wide range of sources, designed to represent a wide cross-section of British English, both spoken and written (image 1).  Each solution is marked by a special heading that can be decoded with an additional program. There one finds full classification, contextual and bibliographic information about the given context [1]. 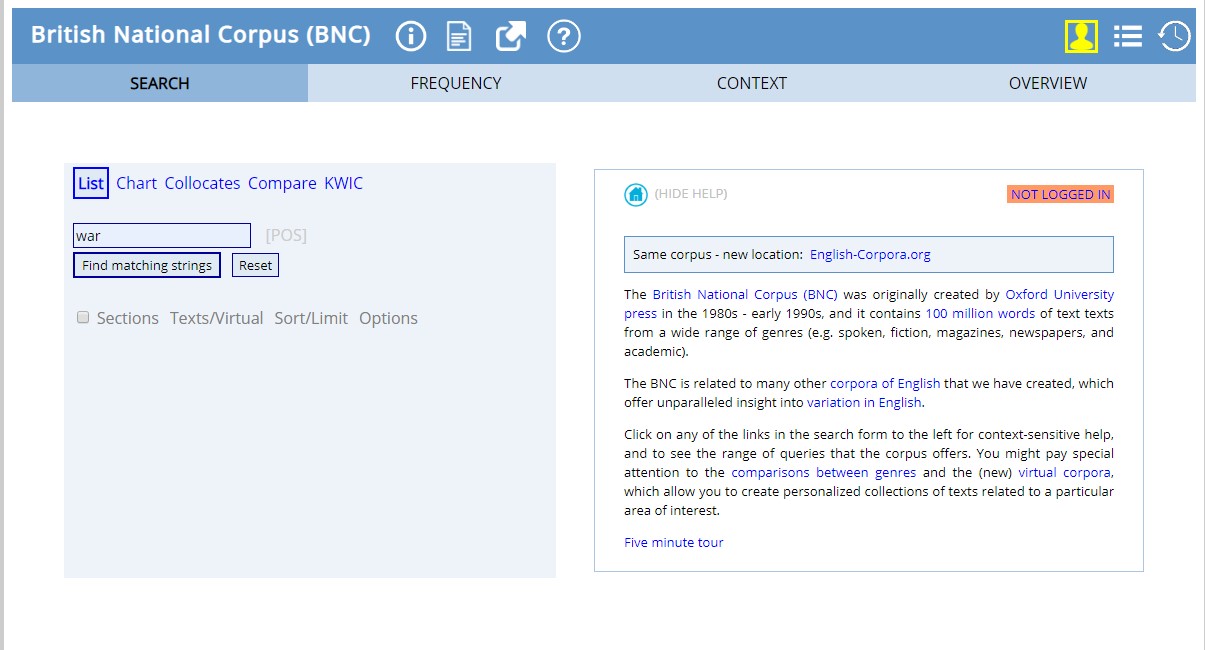 Belarusian N-korpus is the first publicly available general Belarusian language corpus (image 2). It contains a collection of samples of written and spoken language from a wide range of sources. The written part of the corpus includes extracts from regional and national newspapers, magazines for all ages and interests, academic books and popular fiction, school and university essays, etc. The spoken part consists of transcriptions of informal conversations and different contexts, ranging from formal business or government meetings to radio shows and phone-ins [2]. 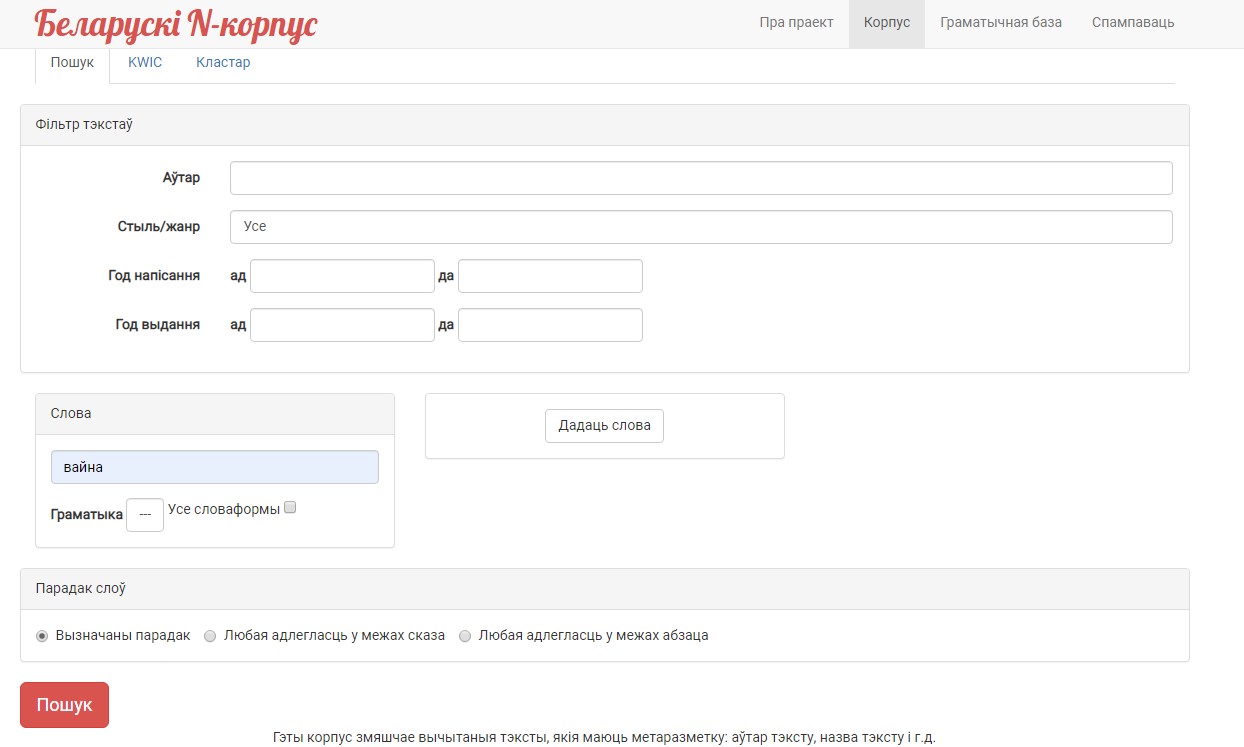 World War II as a fighting between countries that involves the use of armed forces is mostly described with collocations ‘noun + verb’. Such contexts have neutral connotation in both languages.

War as a phenomenon of a certain duration is described by word combinations ‘preposition of time + noun’ and ‘noun + verb’, which portray World War II as unbearably long.

The analyzed materials in the English language are not rich in descriptive collocations. Word combinations ‘adjective + noun’ describe the scale of World War II for the British, rather than their emotional attitude to it.

British National Corpus and Belarusian N-korpus provide users with metaphorical and figurative expressions. A number of British and Belarusian materials represent an animated image of war; it is described with actions and deeds, senses and perceptions, typical of a human being. The verbs in such contexts have negative connotation and create the image of war as a criminal and villain.

Metaphorical and figurative expressions, mentioned above, are typical of both languages and figure out devastating nature of war as universal for British and Belarusian nations.

Thus, there are some figurative constituencies of meaning, which were found only in Belarusian materials. Firstly, Belarusian nation tends to characterize World War II as a human being with its traits of character, mood and emotions. Secondly, Belarusian contexts represent the image of war as a cruel and merciless animal. Finally, numerous materials portray ‘war’ as a natural disaster.

The research makes it possible to conclude, that ‘war’ is a complex lexical unit with both linguistic and extra linguistic constituencies. Complex meaning of linguo-cultural lexical unit ‘war’ indicates its significant role in the history and culture of British and Belarusian nations.